A Small Company with BIG Ideas

After cholangiography has been completed, please note that we have a 19 gauge needle of the Kumar Catheter® located in a dependent portion of the gallbladder. The Kumar Clamp® jaws are opened and the gallbladder is easily aspirated. This will make it easier to remove the gallbladder from the liver bed and to extract from the portsite.


Versatility
The Kumar Clamp® functions as a Grasper, a Cholangiography instrument and an Aspirator.

Fig 1: The Kumar Clamp® and Catheter.

There is No Cystic Duct Cannulation.

The injury of the Mistaken Ductotomy of the Common Bile Duct is thus eliminated. 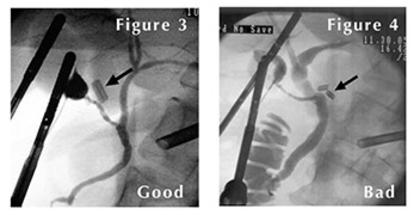 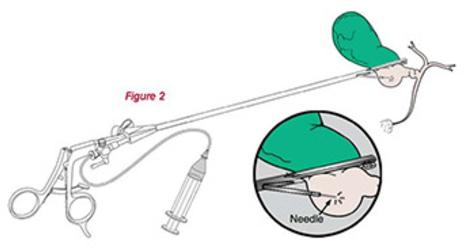 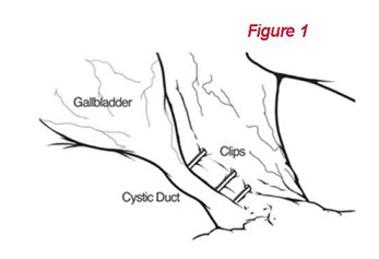 The concept is to mark the site of clipping of The Cystic Duct with radio-opaque clips and confirm this fact by Cholangiography.

Step 1: The (assumed) Cystic Duct is identified and dissected.
Step 2: It is marked by placement of radio-opaque Clips upon
a. The fibro-aereolar tissue around the Cystic Duct
OR
b. Upon the Cystic Artery (Figure 1)